native of Portland, Oregon, K.C. Madsen began her career with an intense focus on the the formal elements of painting, yet she never wanted her work to fall into the realm of the safe or expected. With an opportunity for two years of graduate study at New York University, she tested the limits of what defines a painting.

The resulting scuptural works are in fact 3-dimensional paintings, exuding raw energy and defying easy description. Madsen is a painter who could not be held to the confines of the two-dimensional plane. Her bold and unrelentingly non-objective approach has led to a body of work that is uniquely her own.

Upon first viewing these pieces, one is immediately struck by the sheer solidity of what is surprisingly, not metal but rather, a specially treated industrial grade paper, crumpled and frozen in form, with a richly painted, mixed-media and encaustic surface. At closer inspection, Madsen’s unselfconscious ease and deft touch with painting, mark-making and assemblage are clearly evident.

There is an exuberance and also a violence in these works as though they are stuck somewhere in the process of being both created and destroyed. They evoke a sense of beautiful wreckage, leading one to contemplate the distinctions between art and disposable commodities—permanence vs. transience, intention vs. coincidence, transcendence vs. degradation. These pieces don’t preach at you or resolve any of these tensions. Rather, they express the constant back and forth between these oppositions—a snap shot of an intense visual dialog. 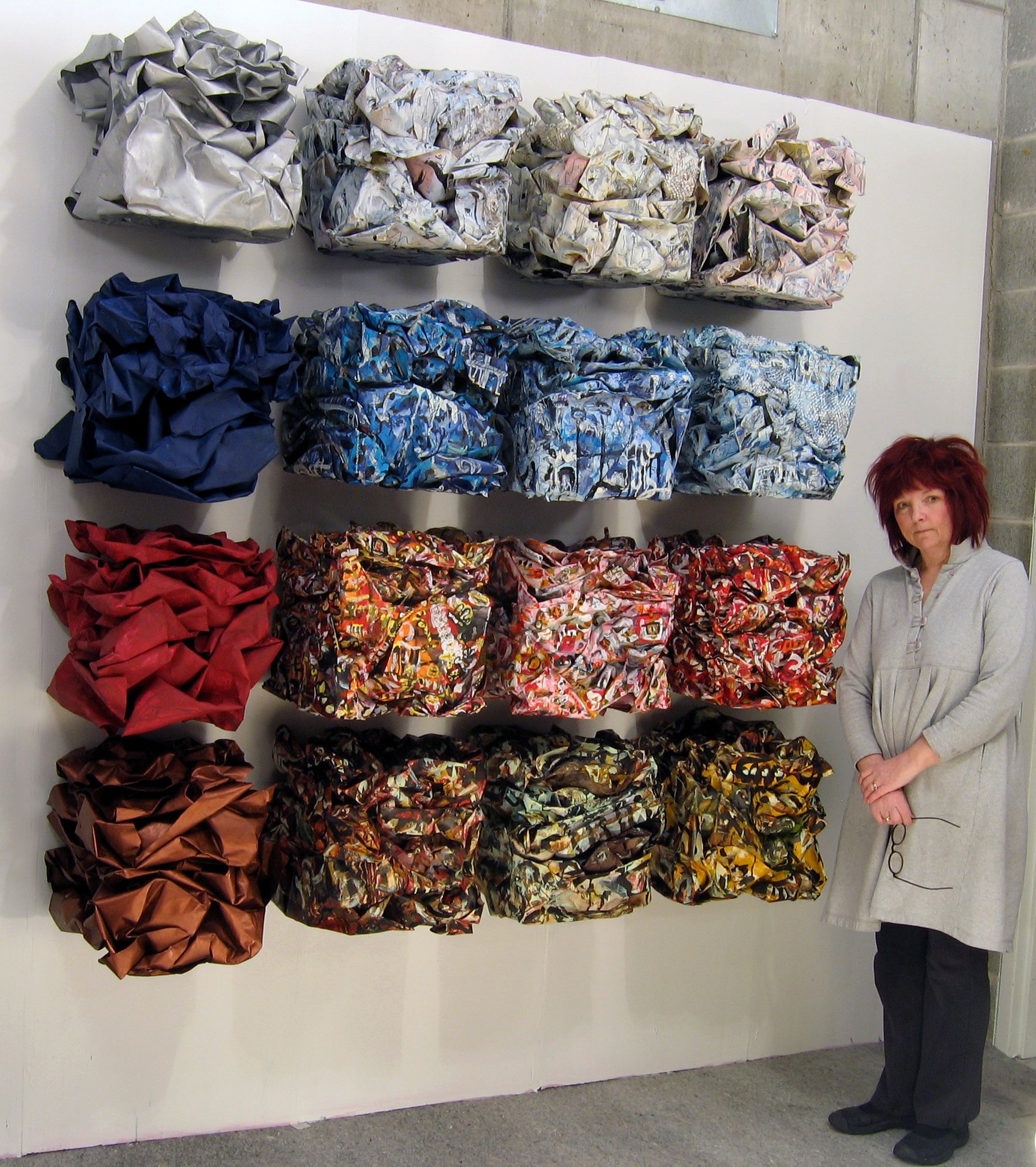